By Zeeuws Veilinghuis 22 maart 2012 No Comments
Twice a year we have specialised auctions of Indonesian paintings. Last december we sold a pastel by Rudolf Bonnet (1895-1978) for € 150.000 hammerprice. This gave a Swedish family the idea to sell their top-Bonnets as well. Both pastels were bought directly from Rudolf Bonnet. 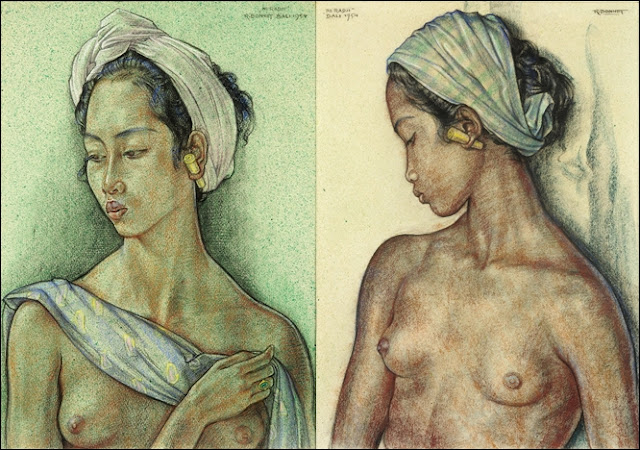 These works represent the girl Ni Radji and are made on Bali in 1954.
Both are in a rare excellent condition and 70 cm high.
There is a striking similarity between these portraits and one of the most important paintings in the collection of president Sukarno: a double portrait of Ni Radji by Bonnet (Dua orang gadis).
Bonnet and Sukarno both loved this painting so much that it even caused a conflict between them. Sukarno wanted to buy this painting, but Bonnet did not want to sell it. He wanted to keep it as a memory of Ni Radji who had left Ubud after her marriage. Eventually Bonnet had to sell the painting to Sukarno and was forced to leave
Here the similarity is shown more clear:

The Swedish family also had this sketch of Ni Radji: 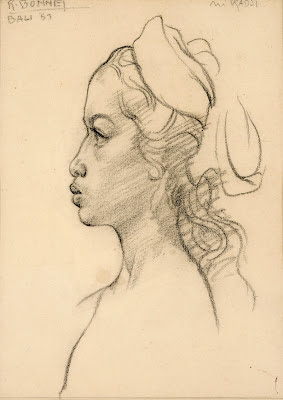 They bought the portraits early 1955, for 2000 Rupiah each. On a copy of the form for the bank transfer (9th of February 1955) Mr. Vandiver wrote later: ‘Balinese paintings, models for Presidents Palace Djakarta – Mrs. Vandivers collection’. 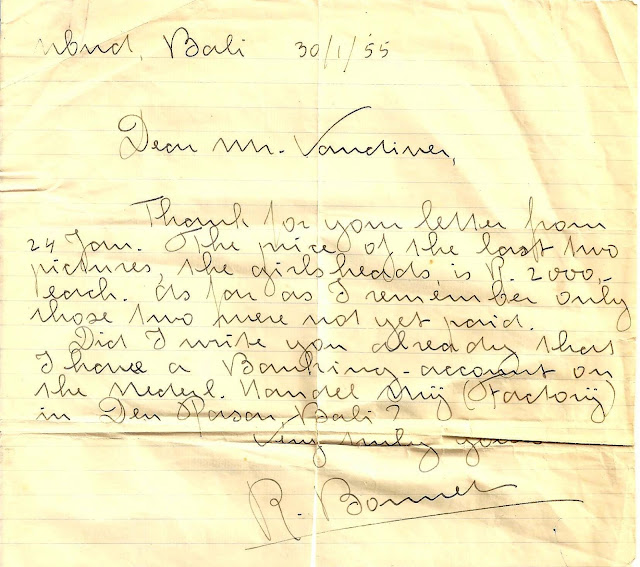 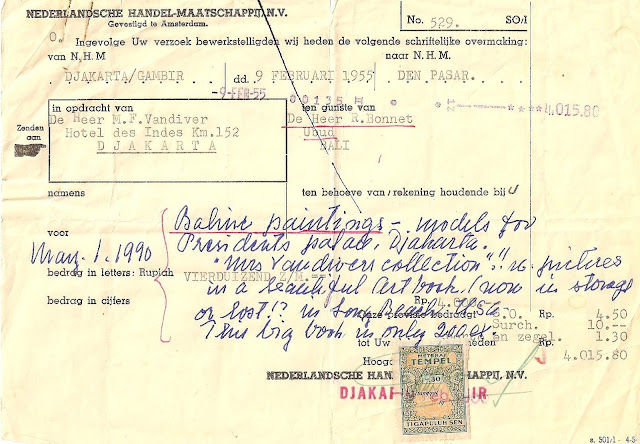 Mr. Vandiver graduated from the Dallas Aviation School. He was representing the Link Blind-Flying Instrument Co. in Paris at the time the German army occupied Paris in 1940.  He was interned there, but escaped in 1941 to Portugal and returned to the United States.

He became a test pilot for Lockheed Aircraft in California and a Director of Scandinavian Airlines in Stockholm, Sweden.  During this period, the I.C.A.O. Division of the United Nations, asked him to organize and establish Garuda Airlines in Indonesia.

The Vandivers lived seven years in Indonesia and were friends of Rudolf Bonnet. Later Mr. Vandiver became Far Eastern Representative for Lockheed Aircraft, based in Hong Kong. At the end of her live Madam Vandiver moved to Stockholm where she died in 1992.