By Zeeuws Veilinghuis 4 april 2012 No Comments
Our auction of the 5th and 6th of June 2012 contains a nice collection of Indonesian paintings and Chinese ceramics bought and owned by Drs. Gerrit Arend Jan Geursen (1917-2002).
Mr. Geursen was born in Malang Indonesia on 24 May 1917.
He was married with Mrs. Johanna Clazina Lammers, born on 12 December 1913 in Amsterdam. 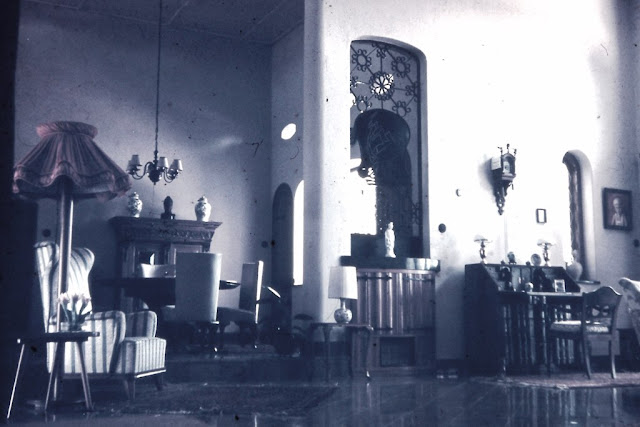 Mr. Geursen was a Drs. in Economics, an Industrial Entrepreneur, and lived in Surabaya, Indonesia where he was the director of different enterprises, advisor to the Indonesian Minister of commerce, and chairman of the board of Darmo hospital in Surabaya.
The family Geursen had visited the artists Auke Sonnega and Theo Meier several times in Bali, and bought the paintings direct from them.
The Geursen family also met Theo Meier’s second wife Madé Pergi whom he married in 1948, and the artist’s impression of her was a gift.
The family fled from Indonesia in 1959 and moved to Ceylon, (Sri Lanka) where they lived for two years, where after they moved to Singapore for three years,
Thereafter they moved back to Holland where Mr. Geursen held various high positions.
He was chairman of the AFG(Association des Fabricants de Glucose) of the European Union in Brussels, Member of board of the VNO/NCW which represents 90% of the Dutch companies, and member of the V.A.I, the International board of the Dutch Food and Agricultural Products Industry.
Mr. Geursen always maintained his love for Indonesia, and had founded and chaired the “Makanan Toenadering” an association for Dutch citizens who had lived in Indonesia.
On 20 December 1982 he received on behalf of the Queen of the Netherlands the high Royal Decree of the Order of Orange-Nassau.
Mister Geursen died on 8 May 2002, and his wife shortly after.
Short introduction about the Sonnega Archive we (Zeeuws Veilinghuis) have in our office:
More information about our auctions of Indonesian paintings: