By Zeeuws Veilinghuis 27 mei 2016 No Comments 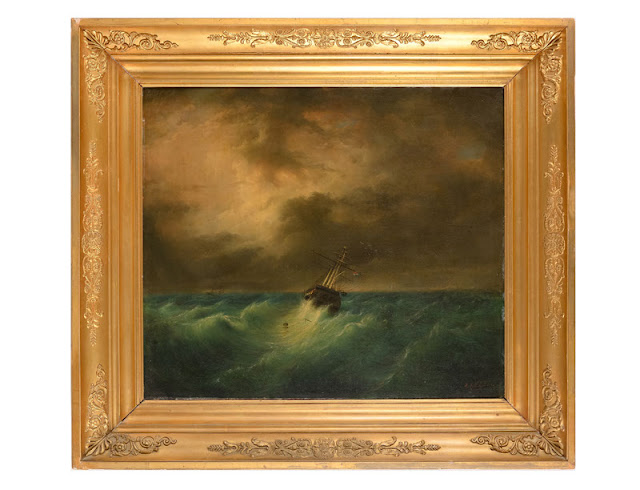 ‘For Raden Saleh, who travelled across the Indian and Atlantic Oceans on a sailing ship from Java to Europe in 1829, such pictures are not merely cosy depictions of disaster. He experienced the fear incited by a rising storm on a number of occasions, and was thus well able to reproduce the specific conditions of air and light.’ (Werner Kraus, in: Raden Saleh, The Beginning of Modern Indonesian Painting, Goethe Institut Indonesien, 2012, p. 256)

As the title of his biography suggests, Raden Saleh is considered a legend. A Javanese prince in the early 19th century, having embraced the Western culture and arts, he was truly an amalgamation of East and West. Born in 1811 in Semarang, Central Java, and taught by Bik and Payen early on, he already absorbs the Western artistic influences before he sets sail to Holland in 1829. Eventually, he is taught by Kruseman and Schelfhout. In 1839 onwards, he travels through Europe, mainly Dresden, Paris and London, engaging with royalty and nobility, and making portraits, landscapes and hunting scenes. In 1851, he returns to Java, where he meets his first and eventually his second wife, and in 1857 he completes the opus magnum The arrest of Pangeran Dipanegara. After a four-year trip back to Europe, from 1875 til 1879, Raden Saleh passes away in Buitenzorg (Bogor).

Arguably, the current lot is one of the largest known seascapes by Raden Saleh. Upon closer inspection, the painting is quite narrative aswell; one can see people standing on the deck, in a panic; the sails are either gone, or lowered to prevent the storm from capsizing the ship, but still, one of the masts is already broken and in the water. A flock of sea gulls surrounds the ship, eagerly awaiting the ship’s destiny. It is suggested that the barrel at sea, left from the ship, is thrown off to distract whales or other ‘seamonsters’ and not attack the crew. On the left, in the distance, another boat is at sea, with the upper sails still out. Brave or plain stupid?…. The diffuse light coming through the dark clouds lights up the waves that ferociously hit the Dutch ship, focusing the viewer’s eye on the victimized vessel, and making the scene even more dramatic.